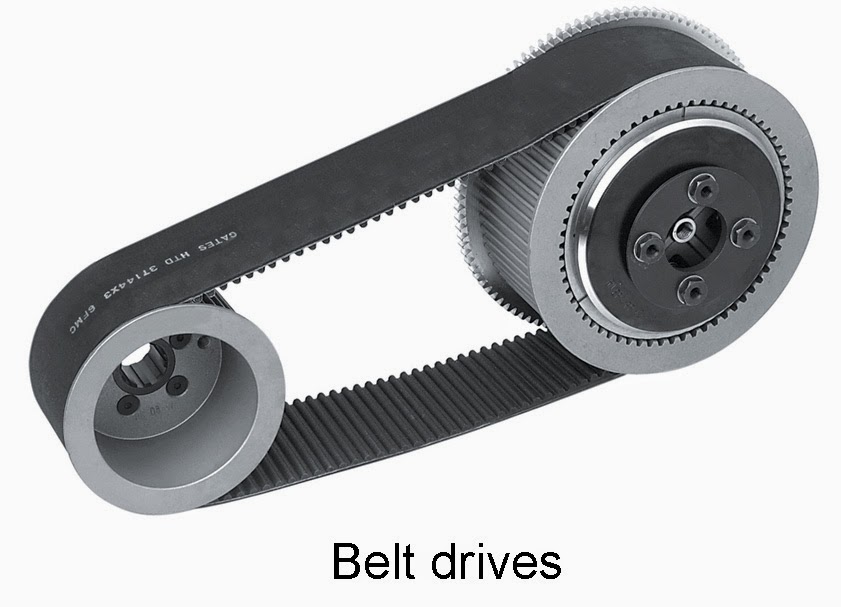 A belt is a looped strip of flexible material used to mechanically link two or more rotating shafts. A belt drive offers smooth transmission of power between shafts at a considerable distance. Belt drives are used as the source of motion to transfer to efficiently transmit power or to track relative movement.

An open belt drive is used to rotate the driven pulley in the same direction as the driving pulley. In the motion of belt drive, power transmission results make one side of the pulley more tightened compared to the other side. In horizontal drives, tightened side is always kept on the lower side of two pulleys because the sag of the upper side slightly increases the angle of folding of the belt on the two pulleys.

A crossed belt drive is used to rotate the driven pulley in the opposite direction of the driving pulley. Higher the value of wrap enables more power can be transmitted than an open belt drive. However, bending and wear of the belt are important concerns.

Weldability: Introduction and Factor Affecting it


Hooke’s Law and Modulus of Elasticity