With use of Benson boiler the main difficulties experienced in the La Mont boiler, the formation and attachment of bubbles on the inner surfaces of the heating tubes of boiler are resolved. The attached bubbles reduce the heat flow and steam generation as it offers higher thermal resistance compared to water film. 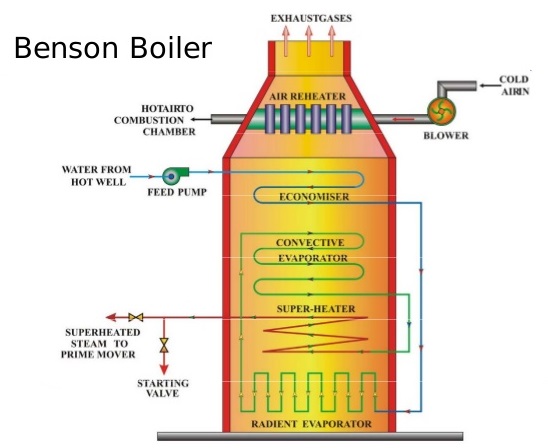 During starting of this boiler, the water is made pass through the economizer, evaporator, superheater and back to the feed line through starting valve.