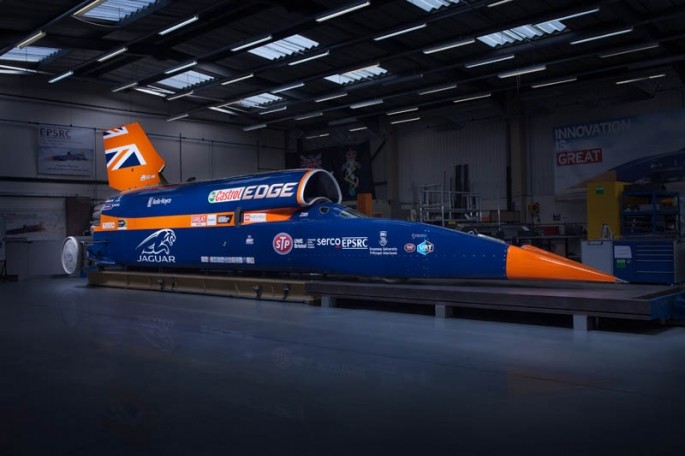 Bloodhound Supersonic Car (SSC) is a British supersonic land vehicle that is currently under development that targeted to set the world record of 1000 mph. Bloodhound SSC was being designed to reach a milestone of 1,050 miles per hour (1,690 kilometers per hour) by 2017.
This super rocket car is 13.4 m long, height 3 m and weighs 7.5 tonnes. It has four wheels, the size of each wheel is 36-inch (910 mm) in diameter, these wheels will rotate at up to 10,000 rpm. These wheels are forged from solid aluminium to resist the 50,000 g centrifugal forces.
It can cover a mile in just 3.6 seconds.

It is a pencil-shaped car, powered by a jet engine and a rocket engine that produces more than 135,000 brake horsepower making it the most powerful land vehicle building ever built. That power is six times more than the power of all Formula one cars.

This rocket car has been created by a team of Formula 1 and aerospace experts who designed the vehicle from scratch with the assistance of the British Army’s Royal Electrical and Mechanical Engineers as well as the RAF – 71 Squadron. To assemble 3,500 parts over 22,500 aerospace-grade rivets were used. 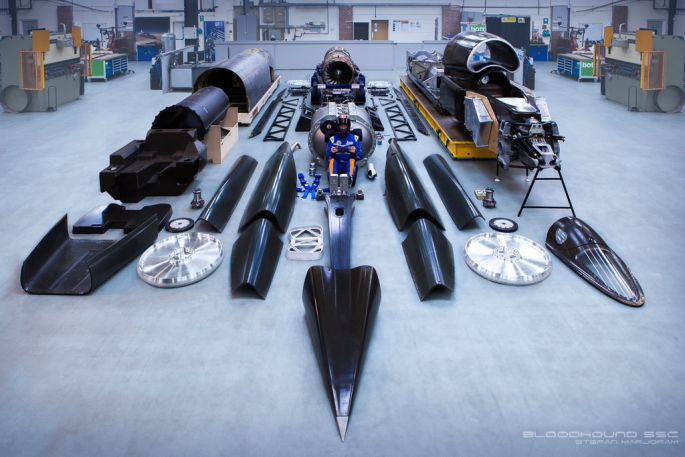