The Brinell hardness test is widely used for testing hardness of metals and nonmetals of low to medium hardness. It is named after the Swedish engineer Brinell who developed it in the 19th century. In the test, a hardened steel (or cemented carbide) ball of 10-mm diameter is pressed into the surface of a specimen using a load of 500, 1500, or 3000 kg. The amount is then divided into the indentation area to obtain the Brinell Hardness Number (BHN). 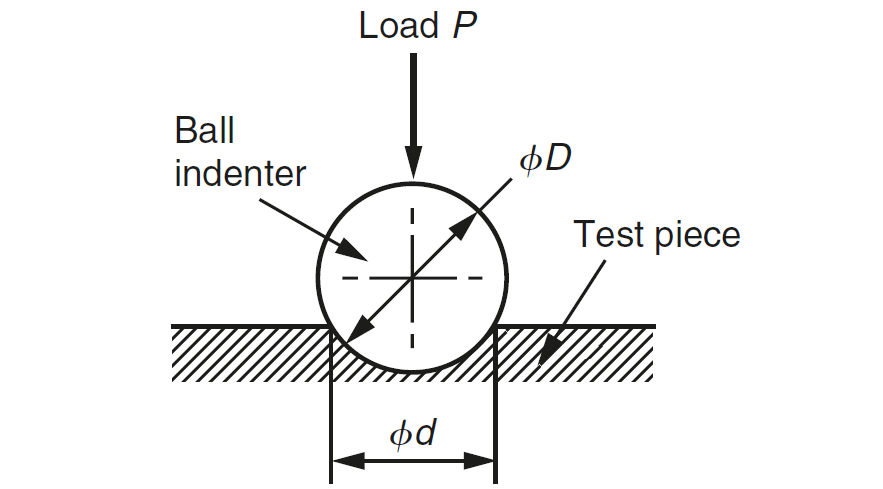 Brinell hardness number (BHN) has units of kg/mm2, but the units are usually omitted in expressing the number. For harder materials (above 500 BHN), the cemented carbide ball is used because the steel ball experiences elastic deformation that compromises the accuracy of the reading. Also, higher loads (1500 and 3000 kg) are usually used for harder materials. Because of differences in BHN results under different loads, it is considered a good practice to indicate the load used in the test when reporting BHN readings.

Advantages and disadvantages of the Brinell hardness test: