Computer Aided Design (CAD) systems describe software systems capable of creating, modifying and analyzing an engineering design. This involves computers to aid in the process of product design and development. 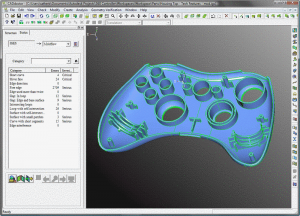 Computer aided design is a faster and more accurate method of engineering design than the convectional methods. This has become possible through the following benefits offered by CAD systems:

Cams, Followers and their Types