Governor is a device used to maintain the speed of an engine within specified limits when the engine works in varying of different loads. Based on the source of controlling force, the governors can be classified into two types. Governor types are centrifugal governors and inertia governors.

In centrifugal governors, multiple masses know as governor balls, are responsible to revolve about the axis of a shaft, which is driven by suitable gearing from the engine crankshaft. Each ball is acted upon by a force which acts in the radially inward direction and is provided by dead weight, a spring or a combination of two. This force is commonly called as the controlling force and it will increase as the distance of the ball from the axis of rotation increases. The inward or outward movement of the ball is transmitted by the governor mechanism to the valve which controls the amount of energy supplied to the engine. 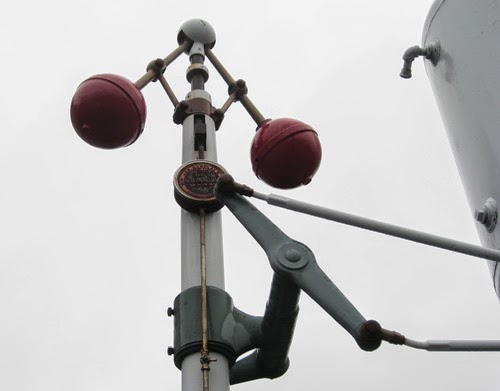 In inertia governors, the balls are arranged in a manner that the inertia forces caused by angular acceleration or retardation of the governor shaft tend to change their position. The obvious advantage of inertia governor lies in its rapid response to the effect of a change of load. This advantage is small, however by the practical difficulty of arranging for the complete balance of the revolving parts of the governor. For this reason, Centrifugal governors are preferred over the inertia governors.
Spread the Knowledge