In addition to these 2.5 to 10 %, cobalt is used to increase the red-hot hardness of tool. 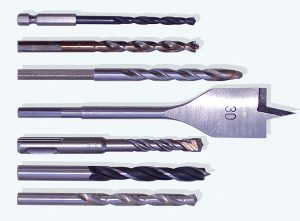 Drill bits made of High-Speed Steels


Vinodh Reddy is an Editor-in-chief of ME Mechanical. He holds Bachelor of Engineering (Honours) degree in Mechanical Engineering from BITS-Pilani.