History of Manufacturing process and usage of materials and composites started dates back to the period 5000-4000 B.C. Recorded history of manufacturing by our ancients is older than actual history, the earliest forms of which were invented by the Sumerians around 3500 B.C. Primitive cave drawings, markings on clay tablets and stone, required some type of a brush and some kind of paint, as in the prehistoric cave paintings in Lascaux, France, estimated to be 15000 B.C period.

The manufacture of things for specific uses began with the production of various household artifacts, which were usually made of either stone, wood or metal. The materials were 1st used in making utensils and ornaments like gold, copper, iron, silver, lead, tin, bronze and brass. The process ways 1st employed involved largely casting and hammering, because they were comparatively straight forward to perform. Over the centuries, these simple processes gradually began to be developed into better and a lot of complex operations, at higher rates of production and increase in levels of product quality. 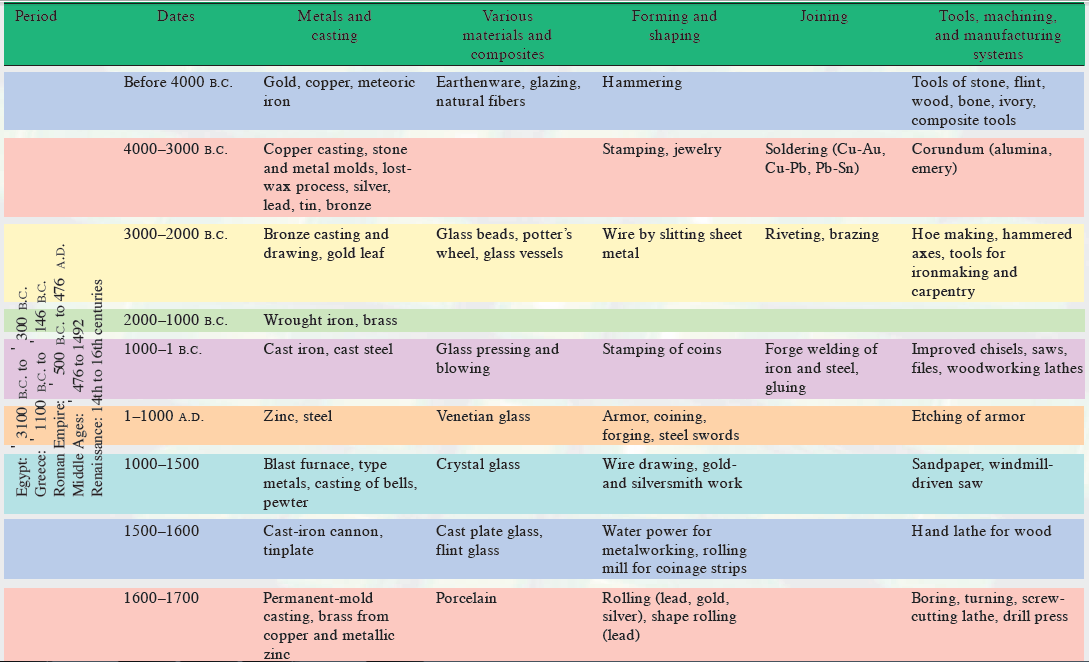 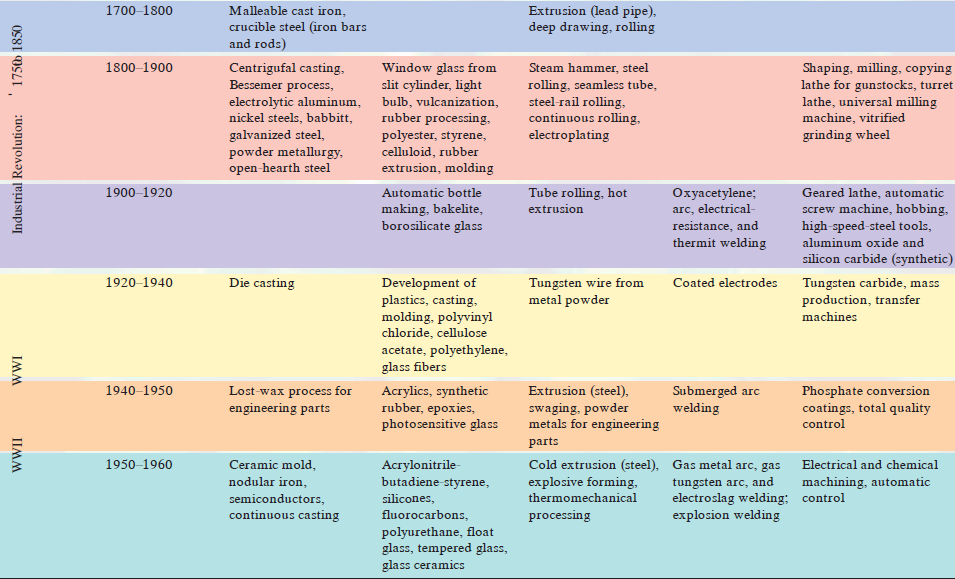 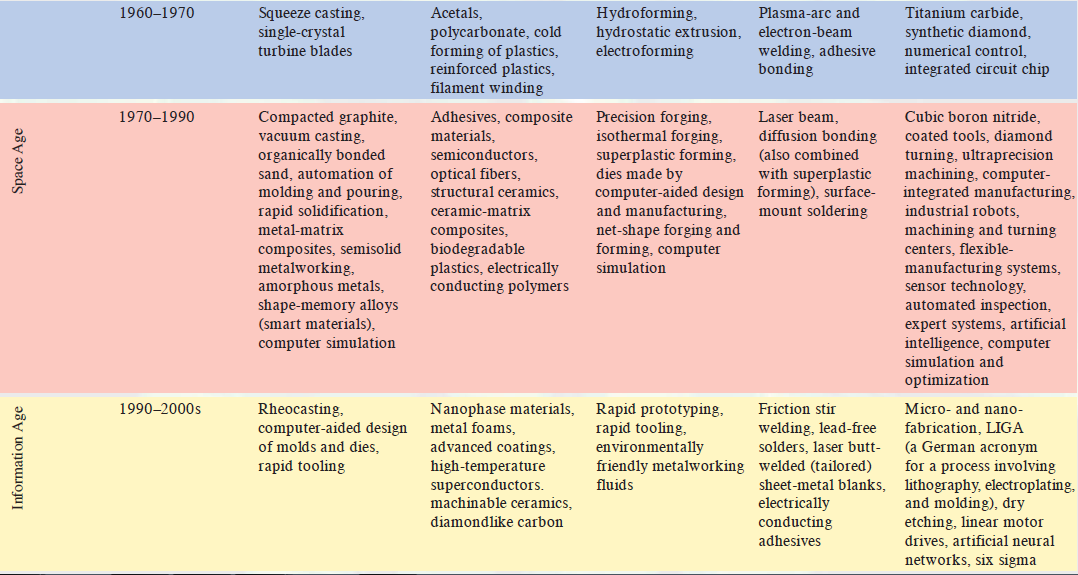 Iron making began in the Middle East in during the period 1100 B.C. A major milestone was the production of steel in Asian countries during 600-800 A.D period. A wide variety of materials regularly began to be developed. Now-a-days, countless metallic and nonmetallic materials with distinctive properties are available. Among the available materials in the market are industrial or composite materials, high-tech ceramics, reinforced plastics and nano materials that are now used in an large variety of products.

Until the Industrial Revolution, which began in England during the period 1750s and is also called the First Industrial Revolution, goods had been produced in batches and required much reliance on manual labor in all phases of their production. The Second Industrial Revolution has started in mid 19th century period with the improvement in solid-state electronic devices and computers. Mechanization has stated in England and other parts of Europe continent, With the development of textile machinery and machine tools for cutting metal. This technology methods of manufacturing process soon moved to the United States of America, where it continued to be further developed.

A major developments in manufacturing has happened during 18th century with the design, manufacturing and use of interchangeable parts, conceived by Eli Whitney (1765-1825) an American manufacturer and inventor. Before the introduction of interchangeable parts, a lot of hand fitting was necessary because no 2 parts could be made exactly same. By contrast, In it’s currently taken for granted that a broken bolt can easily be replaced with an identical one produced decades after the original. Further developments shortly followed, resulting in countless consumer and industrial products that we now cannot be imagined being without developments in manufacturing process.

Beginning in the early 1940s, many goals were reached in all aspects of manufacturing, as can be seen by observing the above Table. Particularly the progress that has been made during the 20th century can be compared with that achieved during the period 4000 B.C to 1 B.C.

For e.g, during Roman Empire age (500 B.C to 476 A.D), factories were available for the large production of glassware, however, the methods used were generally very slow, and much manpower was involved in handling the parts and operating the machinery. Now-a-days, production techniques and methods have reached to high extent that

Law of Degradation of Energy