A manometer is a device used to measure the pressure of a fluid by balancing it against a column of a liquid. Five different types of manometers are shown below with images.

It consists of a U – shaped bend whose one end is attached to the gauge point ‘A’ and the other end is open to the atmosphere. It can measure both positive and negative (suction) pressures. It contains liquid of specific gravity greater than that of a liquid of which the pressure is to be measured. 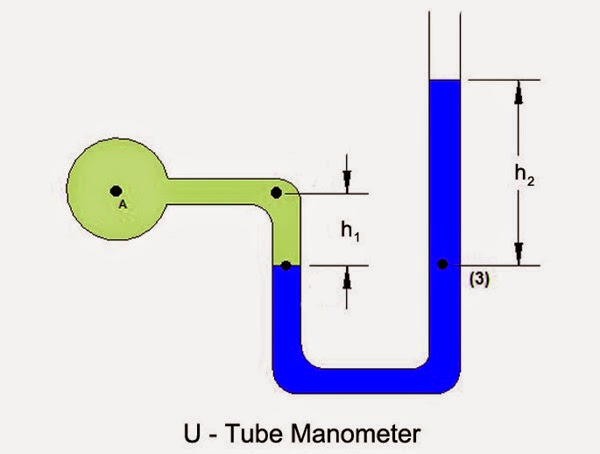 A U-Tube manometric liquid is heavier than the liquid for which the pressure difference is to be measured and is not immiscible with it. 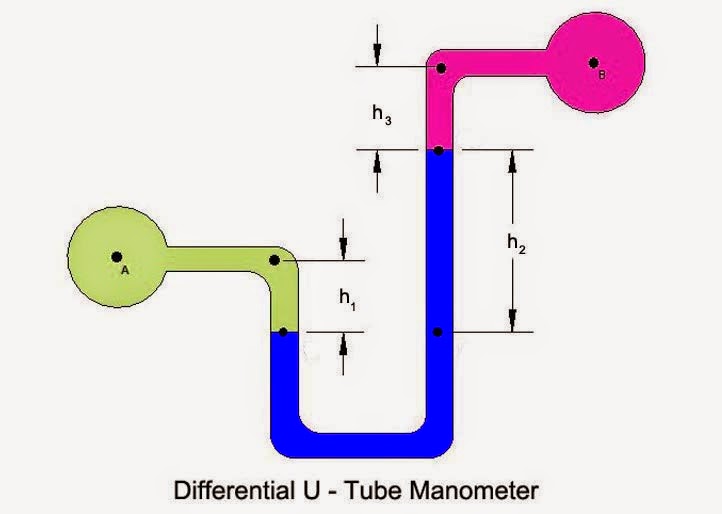 An inverted U-tube manometer consists of an inverted U – Tube containing a light liquid. This is used to measure the differences of low pressures between two points where better accuracy is required. It generally consists of an air cock at top of the manometric fluid type. 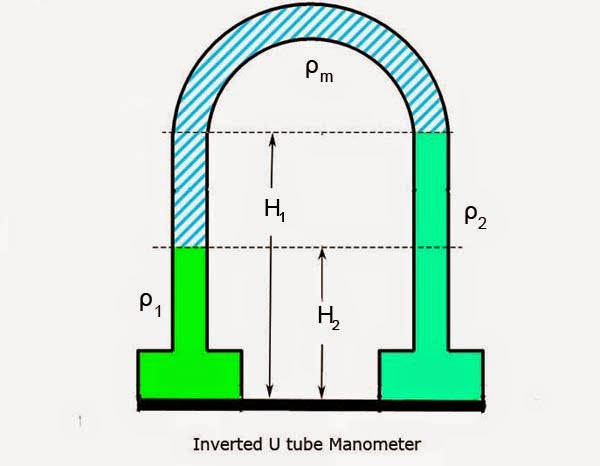 Micro Manometer is the modified form of a simple manometer whose one limb is made of a larger cross-sectional area. It measures very small pressure differences with high precision. 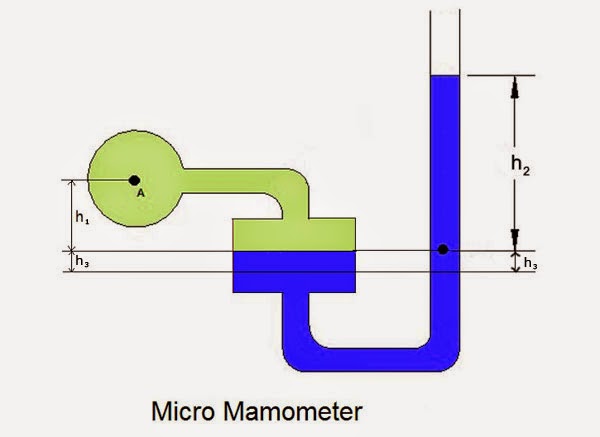 The inclined manometer is used for the measurement of small pressures and is to measure more accurately than the vertical tube type manometer. Due to inclination, the distance moved by the fluid in the manometer is more.

The pressure difference between A and B is to give by the equation.