For establishing the relationship between measurable and actual forces Merchant’s circle will be used.

Assumptions made in drawing the merchant’s circle:

In machining operation there are four actual forces are acting. They are:

But all the above four forces are acting in the dynamic environment, hence it is not possible to measure them and these forces are required for analysis of machining operation. Therefore each of the above  actual forces can be resolved into two components of forces and the algebraic sum of forces can be taken as

The above two forces can be measurable by using a dynamometer or spring balance but these forces can’t be used in the analysis of machining. Hence to correlate the actual and measurable force the merchant’s circle will be used. 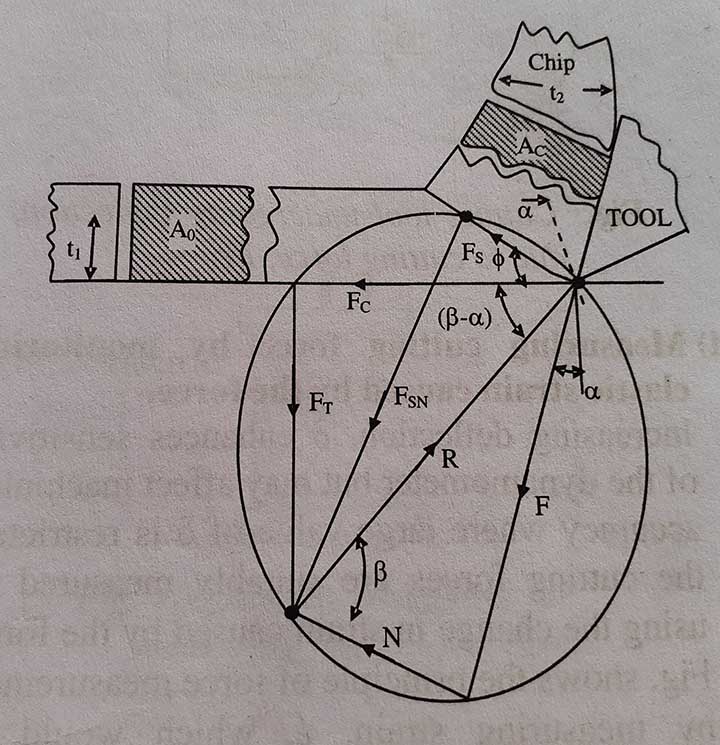 From the above circle, it is found that there are three right-angled triangles are present and all will have a common hypotenuse. Using this principle the forces can be related as 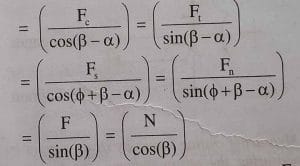