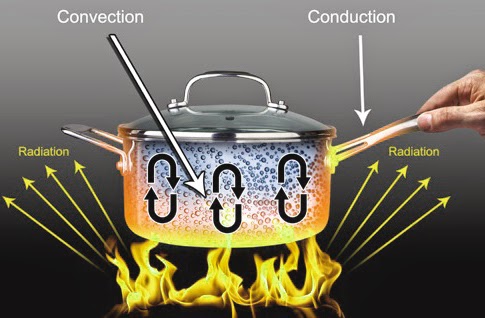 In Conduction, heat transfer takes place due to a temperature difference in a body or between bodies in thermal contact, without mixing of mass. The rate of heat transfer through conduction is governed by Fourier’s law of heat conduction.

Where, ‘Q’ is the heat flow rate by conduction
‘K’ is the thermal conductivity of body material
‘A’ is the cross-sectional area normal to the direction of heat flow and
‘dT/dx’ is the temperature gradient of the section. 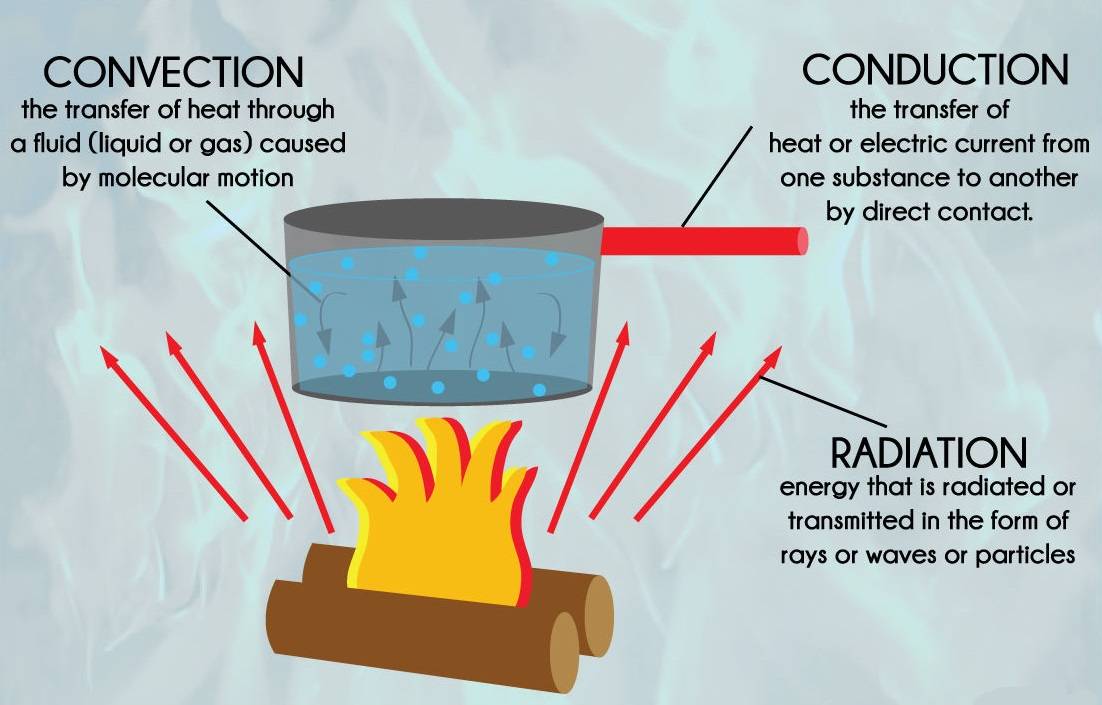 In convection, heat is transferred to a moving fluid at the surface over which it flows by combined molecular diffusion and bulk flow. Convection involves conduction and fluid flow. The rate of convective heat transfer is governed by Newton’s law of cooling.

In radiation, heat is transferred in the form of radiant energy or wave motion from one body to another body. No medium for radiation to occur. The rate of heat radiation that can be emitted by a surface at a thermodynamic temperature is based on Stefan-Boltzmann’s law.

Where ‘T’ is the absolute temperature of the surface
‘σ’ is the Stefan-Boltzmann constant.


Differences between Crystal Slip and Twinning