The problems of mechanics can be solved by Newton’s laws of motion. The three laws proposed by Sir Isaac Newton, described as follows. 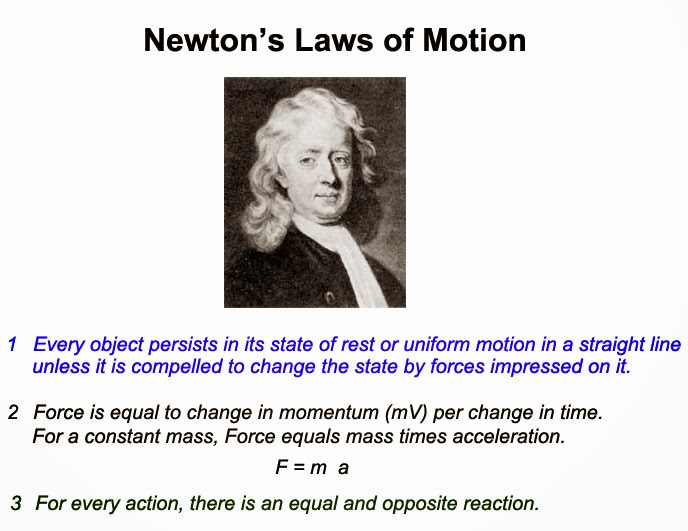 Newton’s first law of motion states that every object will remain at rest or in uniform  motion in a straight line unless compelled to its state by the action of an external force.

The first law of motion is normally taken as the definition of inertia. If there is no net force acting on an object then object will remain a constant velocity. If an external force is applied, the velocity of body will change because of force.

This law explains how velocity of an object changes when it is subjected to an external force. The law defines force to be equal to change in momentum (mass times velocity) per unit time.
For an object with constant mass m, Newton’s second law of motion states that the force ‘F’ is the product of an object’s mass ‘m’ and its acceleration ‘a’.

For an externally applied force, the acceleration depends on mass of the object and a change in velocity will generate a force. The above equation works in both ways.

Newton’s third law of motion states that for every action (force) in nature there is an equal and opposite reaction.