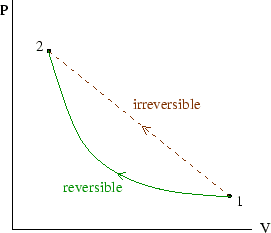 Generic types of irreversibilities are due to: