A simple pendulum consists of a concentrated mass known as the ‘bob,’ which is free to swing from side to side at the end of a light cord or rod. When the bob is given a small angular displacement and released, the pendulum bob appears to describe simple harmonic motion (SHM). It doesn’t travel along a perfectly straight line, but for small angular displacements, it is approximately linear, with a central equilibrium position.

Equating forces in the direction of motion at the instant shown gives:

Inertia force = Component of weight in the direction of motion 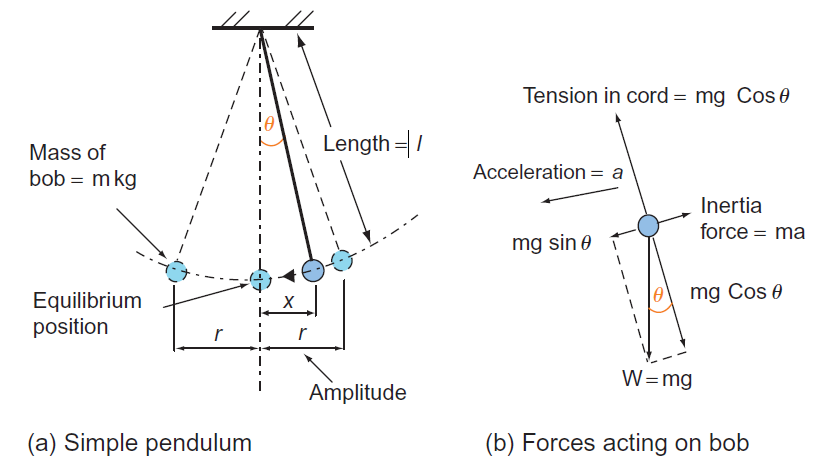 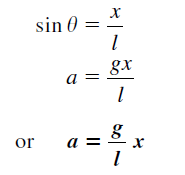 This is of the form:

It shows that for small displacements, the simple pendulum describes SHM.
Acceleration of the system is also given by the general formula:

The natural circular frequency of the system ω rad s-1 is thus given by the formula:

The periodic time of the natural vibrations is provided by the formula:

The natural frequency of the vibrations is the reciprocal of periodic time is given by the formula:

In the mass-spring systems, there is always some air resistance.
There are also some energy losses at the suspension point in the simple pendulum and the combined effect would cause the vibrations to die away.