Solidification Time of a Casting 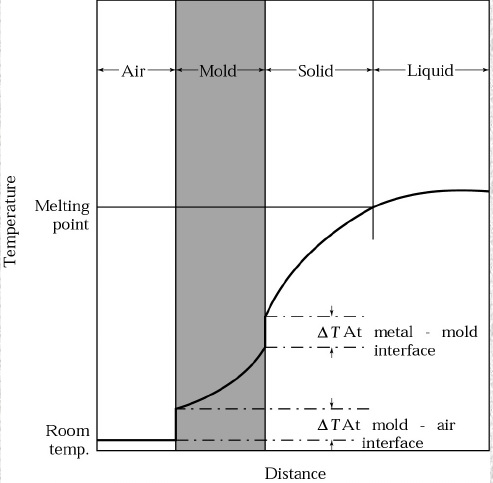 Figure 1: Temperature distribution at the interference of the mold wall and the liquid metal during the solidification of metals in casting process.

Where C is the constant that reflects (a) the mold material, (b) the metal properties (including latent heat), and (c) the temperature. The parameter ‘n’ usually takes the value 2. Sometimes ‘n’ is taken values between 1.5 to 2. Thus a large solid sphere will solidify and cool to ambient temperature at a much slower rate than will a smaller solid sphere. The reason for this is that the volume of a sphere is proportional to the cube of its diameter and the surface area is proportional to the square of its diameter. Similarly, it can be shown that molten metal is a cube-shaped mold will solidify faster than in a spherical mold of the same volume.

Figure 2: Solidified skin on a steel casting. The remaining molten metal is poured out at the times indicated in the figure. Hollow ornamental and decorative objects are made by a process called slush casting, which is based on this principle.

The effects of mold geometry and elapsed time on skin thickness and shape are shown in figure 2. As illustrated, the unsolidified molten metal has been poured from the mold at different time intervals ranging from 5 to 300 seconds.