Triple Point of a Substance

Every substance has triple point. The triple point of a substance is a point at which it exists in solid, liquid and vapor phases.

On other property diagrams (P-V and T-V), such conditions are represented by a line called triple line.

The triple point is a point in P-T diagram. It is a line in P-v diagram and it is a triangle in U-v diagram.

Fusion line has negative(-ve) slope. It is due to the anomalous behavior of water i.e, the melting point of increasing pressure. 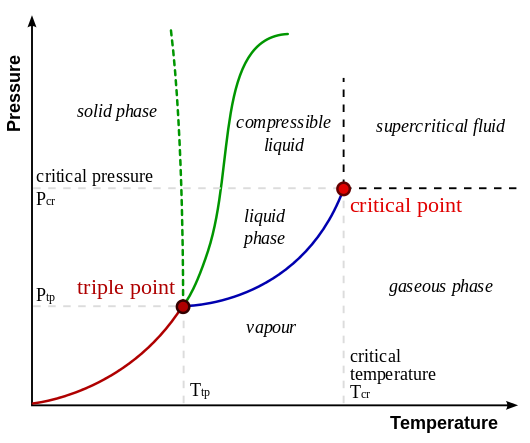 Only three substances (water, Antimony and Bismuth) have negative (-ve) slope for fusion lines whereas all remaining substances have positive (+ve) slope.

The value of specific entropy of a substance at triple point is zero.

Distinction between Work and Internal Energy