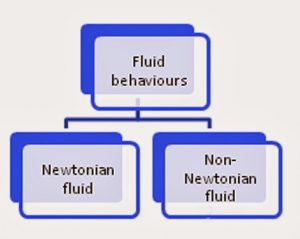 Fluids are defined as substance that flow or deform under the applied shear stress. Fluid has no definite shape of its own. It assumes the shape of its container. Liquids and gases are known as fluids.

Depending on the behavior of fluids, fluids are divided into two types. They are

The above mentioned types of fluids are discussed under in brief.

Classification of Welding and Allied Processes