The cutting of key-ways reduces the strength and rigidity of the shaft. Sometimes, setscrews are used to seat the key firmly in the key-way and to prevent axial movement of the parts.

The following are the five common types of keys:

2. Rectangular Key: Rectangular or flat keys are used where the weakening of the shaft is serious and where added stability of the connection is desired, as in machine tools.

Flat keys with uniform cross-section are called feather keys, otherwise, a taper of 1:100 is provided on the thickness while the width is kept uniform. Feather key permits axial movement of the hub on the shaft.

Tapered keys are often provided with gib head which facilities their removal, when the other end is inaccessible but gib-head, is dangerous for workmen. 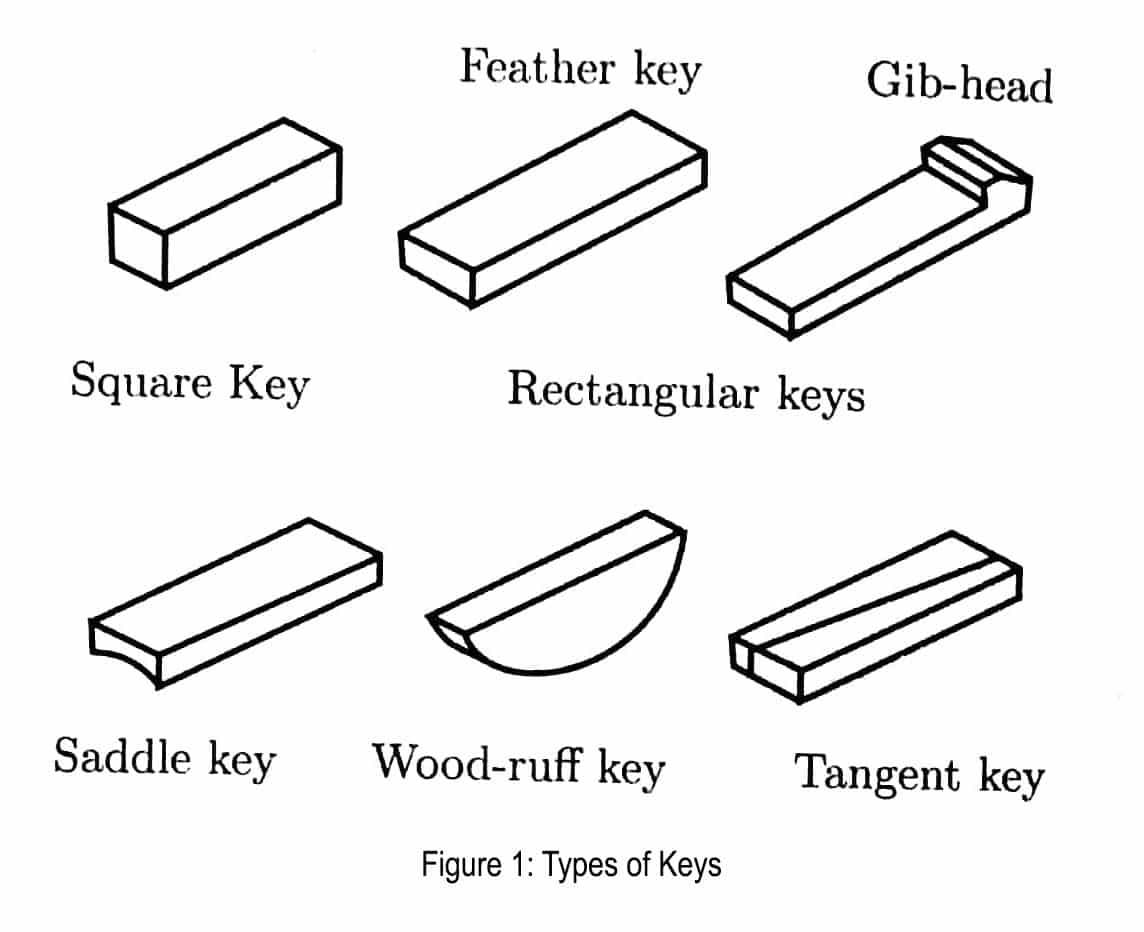 3. Saddle key: Saddle keys fit in the key-way of the hub only; there is no key-way on the shaft. Saddle keys are suitable for light service or in cases where relative motion between shaft and hub is required for adjustment and the key way cannot be provided on the shaft. The power is transmitted by friction between that inner hollow cylindrical face of the key and shaft. Sometimes, flat saddle keys are used in which the inner surface of the key is left flat and the shaft is planed off to accommodate the key.

4. Woodruff key: A woodruff key is an adjustable sunk key in the form of an almost semi-circular disk of uniform thickness. The key requires a circular type of key-way in the shaft. It can be used with the tapered shaft because it aligns itself in the seat. The larger depth of key-way prevents the tendency of the key to slip over the shaft, but it weakens the shaft more than that by the use of straight keys.

5. Tangent Key: Tangent keys are made in two parts, each tapered to ensure a tight fit. The face of the tangent keys is kept inclined