Portland, Oregon based has developed Lucid Pipe power system to generate electrical power from water flowing within the drinking water supply pipes that goes to homes, industries in cities and towns around the country. 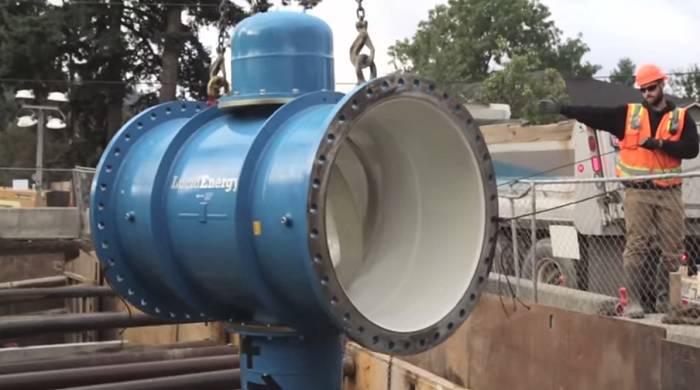 One major benefit of the Lucid Energy system is that the conditions needed to create electricity are much more stable and predictable and for the most part highly controllable unlike the solar and wind power. There is no concern of disrupting aquatic animals inside a water utility pipe.

A single lucid pipe containing three or four turbines could generate electricity about 1,100 Megawatt-hours per year that could be sufficient for about 150 homes.

Water flows through Lucid Pipe’s lift-based turbine, generating electricity as the turbine rotates. The hydrodynamic turbine has been designed by Lucid Energy Inc. to maximize efficiency and electricity generation while limiting the onset of cavitation. As velocities of water flow inside pipe increase, electricity production increases. Due to the lift-based design of the Lucid Pipe turbine, the system generates power across a very wide range of velocities.