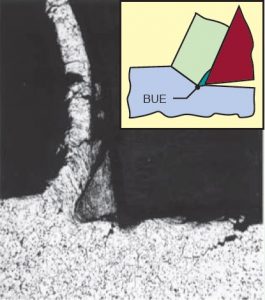 The factors which influencing the formation of built up edge are:

Due to the formation of built up edge the following effects will take place:

Elastic Constants and their Relationships


Law of Degradation of Energy