In statics, Lami’s theorem is an equation that relates the magnitudes of three coplanar, concurrent and non-collinear forces, that keeps a body in static equilibrium.
Lami’s theorem states that if three forces acting at a point are in equilibrium, each force is proportional to the sine of the angle between the other two forces.
Consider three forces A, B, C acting on a particle or rigid body making angles α, β and γ with each other. 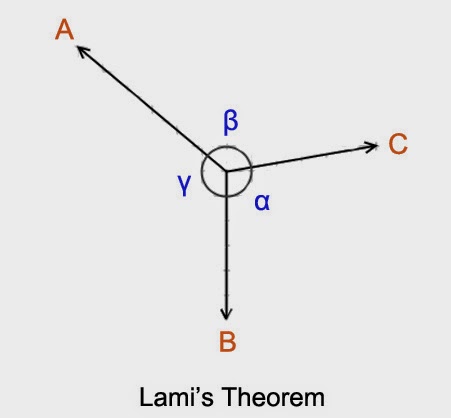 According to Lami’s theorem, the particle shall be in equilibrium if

The angle between the force vectors is taken when all the three vectors are emerging from the particle.

Comparison Between Reciprocating and Rotary Compressors