Magneto ignition system is a special type of ignition system with its own electric generator to provide the required necessary energy for the vehicle (automobile) system. It is mounted on the engine and replaces all components of the coil ignition system except the spark plug. A magneto, when rotated by the engine, is capable of producing a very high voltage and doesn’t need a battery as source of external energy. 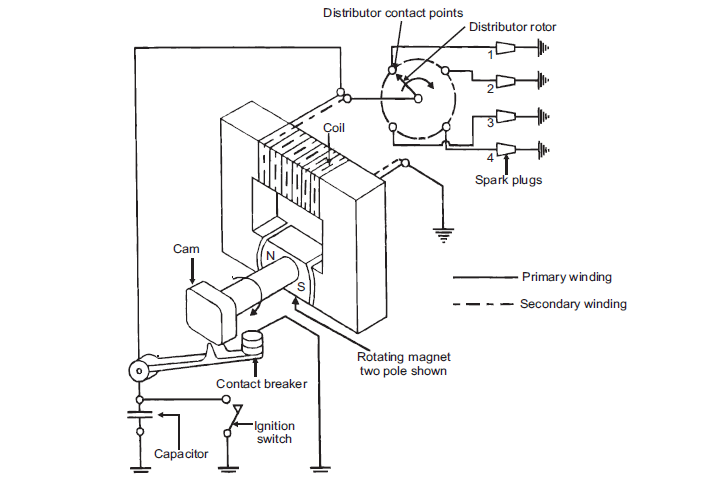 Magneto ignition system can be either rotating armature type or rotating magneto type.

The working principle of the magnetic ignition system is same as that of the coil ignition system. With the help of a cam, the primary circuit flux is changed and a high voltage is produced in the secondary circuit.

The variation of the breaker current with speed for the coil ignition system and the magnetic ignition system is shown in the graph 1. It can be seen that since the cranking speed at stat is low the current generated by the magneto is quite small. As the engine speed increases the current flow also increases. Thus, with magneto, there is always a starting difficulty and sometimes a separate battery is needed for starting. The magneto ignition system is best suitable at high speeds and is widely used in automobiles like sports and racing cars, aircraft’s engines etc. 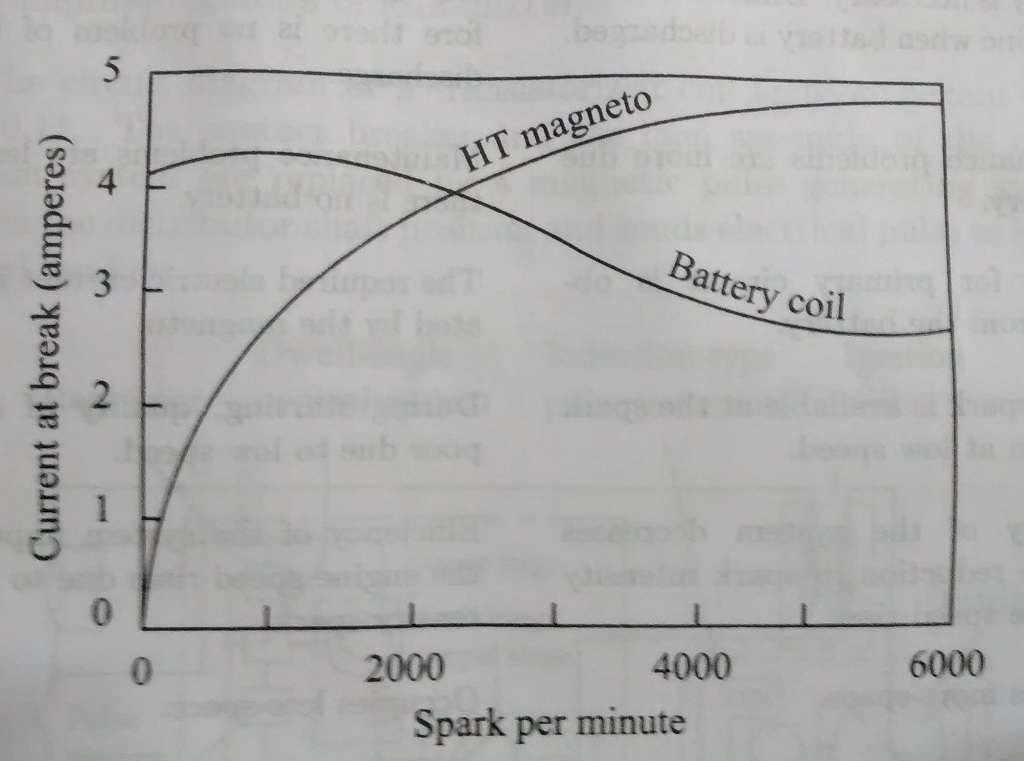 The main advantage of the high tension magneto ignition system lies in the fact that the wirings carry a very high voltage and thus there is a strong possibility of causing engine misfire due to leakage. To avoid this the high tension wires must be suitably shielded. The development of the low tension magneto system is an experiment to avoid this trouble. In the low tension, magneto ignition system the secondary winding is changed to limit the secondary voltage to a value of about 400 volts and distributor is replaced by a brush contact. The high voltage is obtained with the help of a step-up transformer. All these changes have the effect of limiting the high voltage current in the small part of the ignition system wiring and thus avoid the possibilities of leakage etc.