There are several operations related to drilling. Some of them are:

These are illustrated in Figure 1 and described in this section. Most of the operations follow the drilling process; a hole must be made first by drilling method, and then the hole is modified by one of the other operations related to drilling. Centering and spot facing operations are exceptions to this rule. All of the operations use rotating tools. 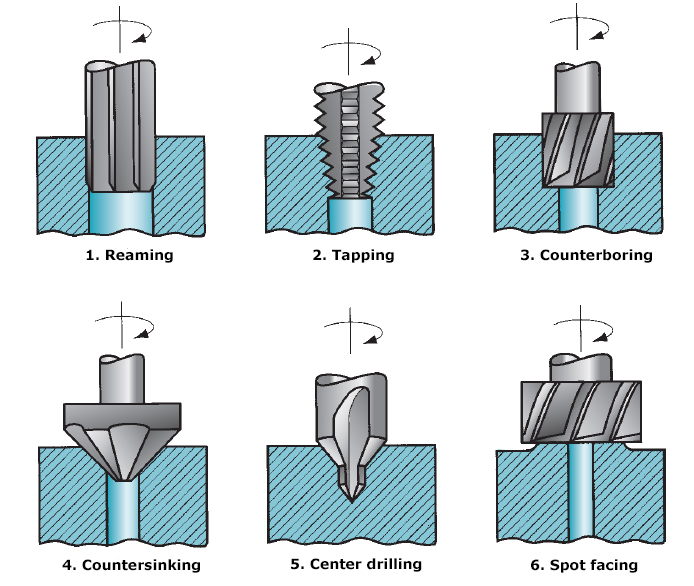