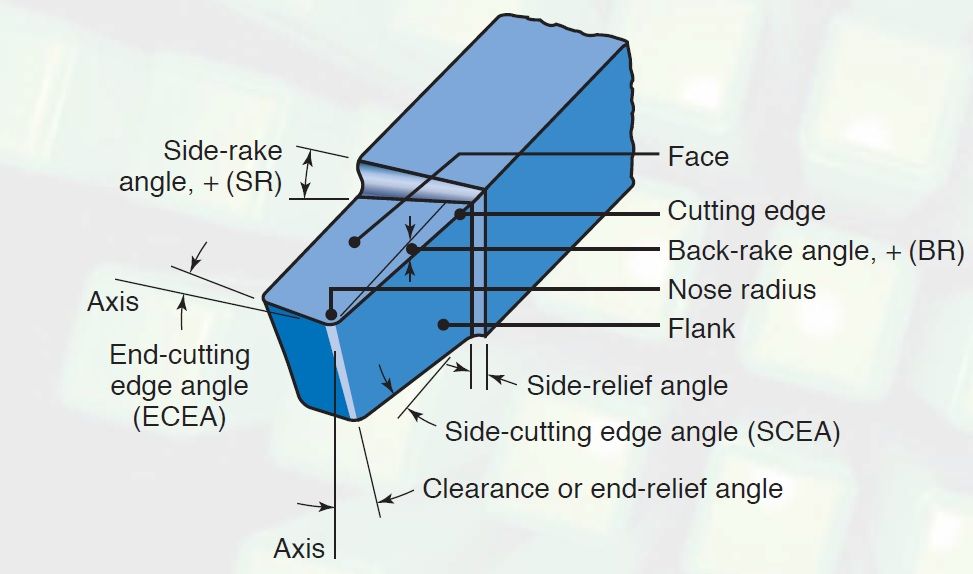 (iii) End relief angle:
end relief angle is defined as the angle between the portion of the end flank immediately below the cutting edge and a line perpendicular to the base of the tool, measured at right angles to the flank. End relief angle allows the tool to cut without rubbing on the workpiece.

Convenient way to specify tool angles by use of a standardized abbreviated system is known as tool signature. It indicates the angles that a tool utilizes during the cut. It specifies the active angles of the tool normal to the cutting edge. This will always be true as long as the tool shank is mounted at right angles to the workpiece axis. 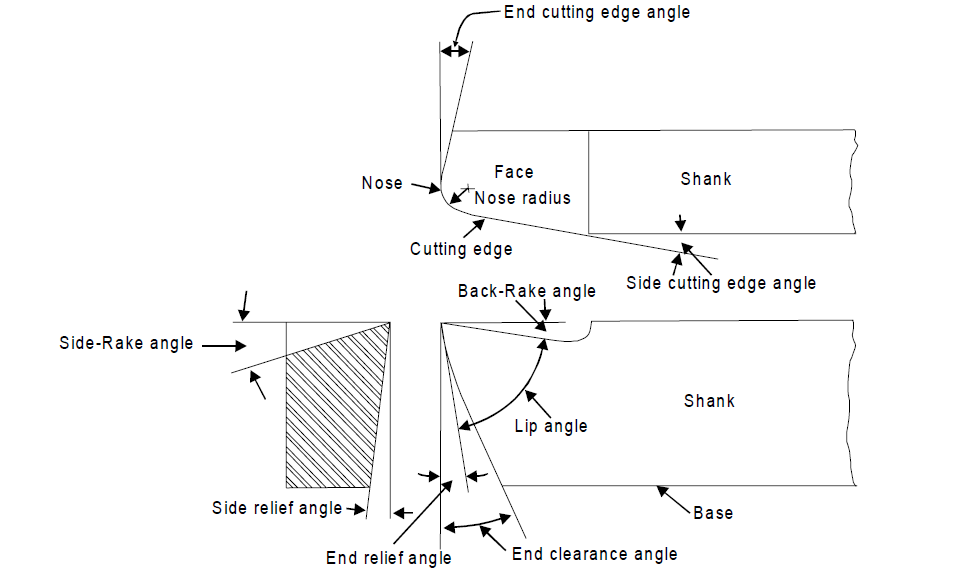 The seven elements that comprise the signature of a single point cutting tool are always stated in the following order:

It is usual to omit the symbols for degrees and mm, simply listing the numerical value of each component in single point cutting tool:


Elastic Constants and their Relationships